A Brief History of Groveland and Big Oak Flat 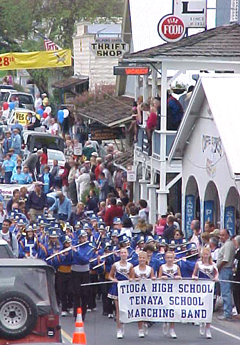 Like so many other towns in the Mother Lode, both Groveland and nearby Big Oak Flat began as mining camps during the California Gold Rush of 1849. Originally known collectively as Savage’s Diggings, they were named for James Savage, who is credited with pioneering the placers along the creeks later known as Rattlesnake and Garrote Creek. Mr. Savage would no doubt have spent a long prosperous career here had not difficulties arisen between his Indian wives and the miners. He departed to Mariposa County and, by early 1850, the two camps were renamed Big Oak Flat (in tribute to a large, stately oak tree) and Garrote (the Spanish term for death by choking or hanging). 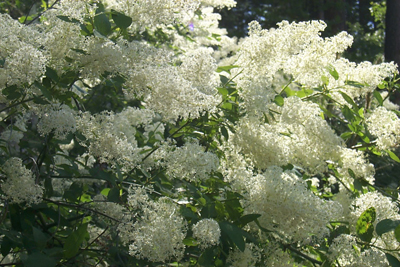 The date and circumstances of the celebrated hanging which gave Garrote its name are unclear. It appears that a Mexican (who may have robbed a local trading post and stolen a horse in the process) killed a fellow countryman. He failed to escape and was quickly tried, convicted, and hung.

A smaller mining camp located three miles to the east of Garrote was originally known as San Ignacio Flat. It is believed to have been renamed Second Garrote in recognition of its role in witnessing the aforesaid Garrote execution. There are no substantiated cases of capital punishment ever being meted out at Second Garrote’s “Hangman’s Tree,” which is now gone.

Mining claims within Big Oak Flat and Garrote were initially restricted to ten feet square. By 1851, the local mining laws were relaxed, allowing each miner fifty yards in length up and down a prospective creek. Because of the limited water supply of Rattlesnake and Garrote creeks, the local Argonauts banded together to construct a water ditch and flume from the Tuolumne River’s South Fork at Hardin Flat to the placers of the Garrotes and Big Oak Flat. By 1860, the Golden Rock Water Ditch was in business and gold fever at a new high.

As the camps prospered the hastily-erected shacks and tents had given way to more permanent wood frame structures and buildings made of stone and adobe, the first of which was probably up by 1852. By 1860, bed rock flume mining companies were controlling up to a half mile of creek-side each. Big Oak Flat’s prosperity and growth had greatly over-shadowed the smaller Garrote camps and a large town had resulted. In 1860, Big Oak Flat was incorporated.

Unfortunately, the boom times were soon to wane. With the introduction hydraulic mining, the easy-to-mine surface deposits would soon be exhausted. A disastrous fire, reportedly incendiary in origin, hit Big Oak Flat the evening of October 20, 1863. The following morning, most of the town lay in ruin. The glow of the fire had been seen as far away as Sonora. Although many buildings were rebuilt, the fire signaled the beginning of a long, steady decline for the town. Incorporation was soon abolished.

At its height, Big Oak Flat, probably had over two hundred buildings and a steady population of 500 or more (estimates range up to 3,000.) Between 1849 and the 1870s over $25,000,000 in gold (roughly a quarter of a billion dollars in today’s market) was extracted from within the Big Oak Flat mining district, which included all three camps. Although once a prosperous town, when Big Oak Flat was surveyed for a town-site patent in 1877, apparently less than forty buildings remained and only a few mining claims were still active.

The Garrotes started small, stayed small, and consequently their decline was less pronounced. Second Garrote eventually became a ghost town. On the other hand, Garrote (or Garrote #1) maintained a fairly consistent permanent population. In 1877, when the town was surveyed for its land patent, it even appears to have posted a modest gain in the number of residences within the townsite. The town’s Gold Rush character, marked by a small business core surrounded by scattered residences and mining claims, continued thorough the balance of the century.

From the 1870s to the 1890s, the principal activity throughout southern Tuolumne County was ranching. With the opening of the Big Oak Flat Road to Yosemite in 1874, tourism began playing an ever increasing role in the local economy. In 1875, Garrote was renamed Groveland.

By the l890s, improvements in technology and deep shaft mining techniques evoked a hard rock mining boom. By 1906, Groveland could boast of two operating stamp mills and several deep shaft mining operations. Big Oak Flat had at least three stamp mills which averaged twenty stamps each, a mile-long mining railroad, and numerous quartz mines. Electricity from Pacific Gas and Electric via the Partington Distribution Company arrived at Big Oak Flat in 1906 and was extended to Groveland in 1909. The large steam powered stamp mills soon converted to electricity. Fred Partington, who instigated this development, was superintendent of the Longfellow Mine. It is the Longfellow Mine where the sole surviving stamp mill in this area can be found today. Both towns still boast of a number of fine Victorian houses built during this period. Hard rock mining declined in the 1920s, and came to a complete end by World War II.

Big Oak Flat and, more particularly Groveland, experienced a building boom from 1916 to 1925 because of the arrival of the Hetch Hetchy dam construction crews. The City and County of San Francisco had been searching for a Sierra Nevada water source since the late 1800’s. With Congressional approval of the Raker Act in 1913, San Francisco had finally secured the Hetch Hetchy Valley to meet their needs. A railroad was necessary to supply the men and materials for the massive project. Groveled was selected as headquarters for the mountain construction division, and it was here that the main railroad shops were built.

As the Hetch Hetchy construction activity shifted westward, the two towns experienced an economic slump. During the Great Depression, Big Oak Flat and Groveland were once again reduced to sleepy little ranching towns. A number of Hetch Hetchy era buildings were lost through fire and demolition. In fact, eventually all of the construction-associated buildings and the railroad were removed in compliance with the Raker Act. However, downtown Groveland still contains some fine examples of commercial buildings dating from this time.

After World War II, tourism took an impressive upward swing. A healthy national economy, greater mobility and a greater interest in the Mother Lode brought an increasing number of travelers to and through Big Oak Flat and Groveland. In recent years, the region has begun to take its place alongside Yosemite National Park as a popular tourist attraction.

The preceding was taken from the 1988 Big Oak Flat/Groveland Historic Sites Survey, published by the Southern County Historical Society.